Our entire brew setup is customized to fit the raw beer brewing process. By modifying surplus dairy tanks from Norwegian farms, we where able to get what we needed at an affordable cost. We also like the added bonus of upcycling derelict equipment instead of getting new made and shipped half across the globe.

It became clear to us early on that to make Norwegian beer, we needed Norwegian ingredients. Unfortunately back 2014 the only Norwegian ingredients available to use where foragebles, farmed fruits/berries and water. The key raw material for making beer where all imported from abroad often from big industrial producers. This was frustrating for us, as we wanted a closer relationship with raw materials that went in to our beer. And we wanted our beer to be Norwegian. To make a Norwegian beer with all ingredients from abroad felt dishonest to us. Fortunately we had some luck with our timing. Almost at the same time we started doing test batches back in 2014, farmer Arne Nicolay Bøhmer had finished converting the old cow house on his farm to a floor maltings. Norway had gotten its first commercial producer of malt since the 1980s, and not only does he malt the barley, he also grows it himself. This news made us excited like little kids on Christmas eve!

Parallel to this we had travelled around to the remote parts of Norway where we knew there was true Norwegian yeast to find. At the first annual farmhouse festival in Norway, Norsk Kornølfestival, we found what we where looking for. In Hornindal they had heritage yeast that could be tweeked to make tart and fruity beer. By gathering, testing and selecting different Kveik from this area we where able to put together our main house culture that we use in almost all our beers.

These two events put us in an unique position to make the beers we wanted, and equally important, had a true sense of place.

On our travels searching out traditional farmhouse beer through the Nordic and Baltic countries we encountered several cultures where they just didn’t boil the wort. If you know a little bit about how beer is brewed in a modern setting you know this is unheard of. By most modern standard it seems that unboiled beers would be unstable, taste awful and maybe even be dangerous. After meeting these brewers, seeing their process and tasting their beers, we realized that this just wasn’t the case. And sip by sip a fascination grew in us for the intriguing characteristics of Raw Beer.

The flavours and textures of Raw Beer are so different from boiled beer that we sometimes long for another category to put it in than beer. When you think about it, it’s quite logical. Any foodstuff that you boil for an hour or more will taste and feel very different from the same foodstuff just heated to >75C. The mouthfeel is creamy and fuller that unboiled beer, not in the oily sirupy way like with high gravity beer, but more milky like oatmilk. The flavour range can reach deep levels of Umami because of the huge amount of protein available for enzymatic breakdown into flavour active amino acids. The over all complexity of long term barrel and foeder aged beers also seem to reach higher levels and sport a different and intriguing palate. The sum of all this makes us feel that the choice to go all in on brewing Raw Beer is one of our most important decisions as a brewery.

At E&T we don’t usually buy yeast. When you think about it, it’s a bit strange that there is a big marked for selling yeast to breweries. When brewing beer you end up with a lot more yeast than what you had when you started. Breweries, as opposed to bakeries, are producers of surplus yeast. We have set up our yeast handling and fermentation program with this in mind, and even though this limits us from choosing between every yeast strain / culture in the catalogue, we love the way it fuels our creativity. 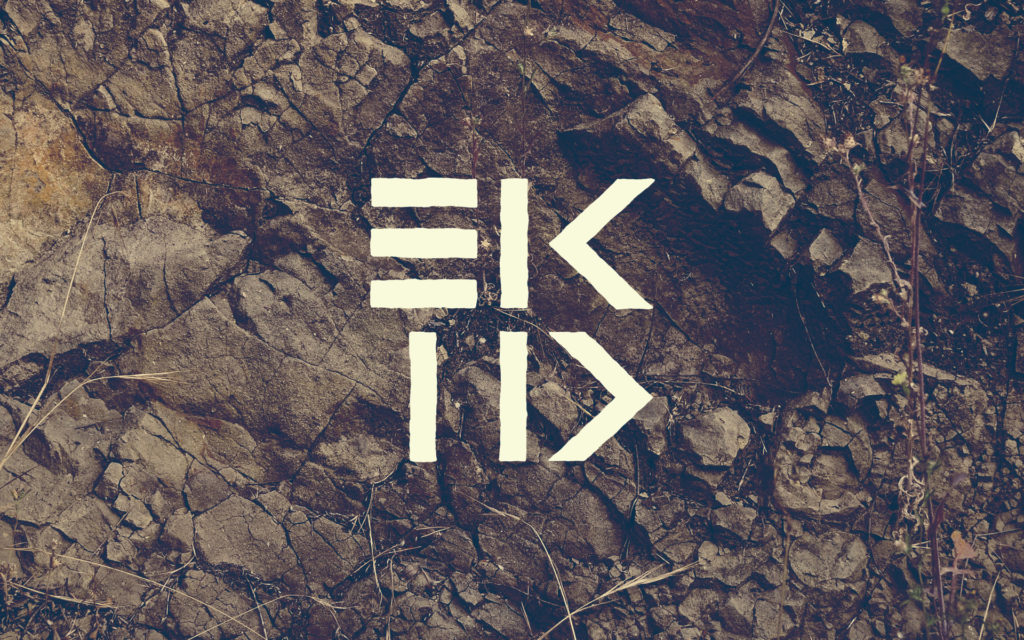 Thanks to the caretakers of Norwegian heritage yeast, the Norwegian farmers, we are able to make centuries old Norwegian yeast our main focus. The house culture that ferments almost all of our beer is based on Kveik from different families from the Hornindal area on the west coast of Norway. The reason we focus on this area for our yeast is that they brew raw beer, and that their cultures also contain souring bacteria. For us aiming to make tart and fruity beer these yeast seem like a gift from above. Correction, a gift from our rural culture! Even though sour beer is not what they are aiming for in traditional Hornindal brewing, we where able to implement a process that makes great sour beer with their Kveik cultures

We love the diversity in the family of Brettanomyces yeast. These unique little cockroaches of the fungi familiy can do so much amazing stuff to beer. Flavor wise they can bring tropical fruit flavors to the beers where no fruit is added, or even funk up with layers of complexity. Sometimes they can eat all, even the wood, sometimes they can’t even handle malt sugars. For all their shenanigans they are a perfect fit for the E&T way of making beer. Most of the ones we use in the brewery either comes from good friends in the German Berliner Weisse scene, or from bottles of spontaneously fermented beers from Belgium. From the latter we also get lactic and acetic acid producing bacteria that add deeper layers to the tartness of our beers. They all play key roles in our longer aged beers and are just peachy darlings to have hang around in our wooden fermenting vessles. 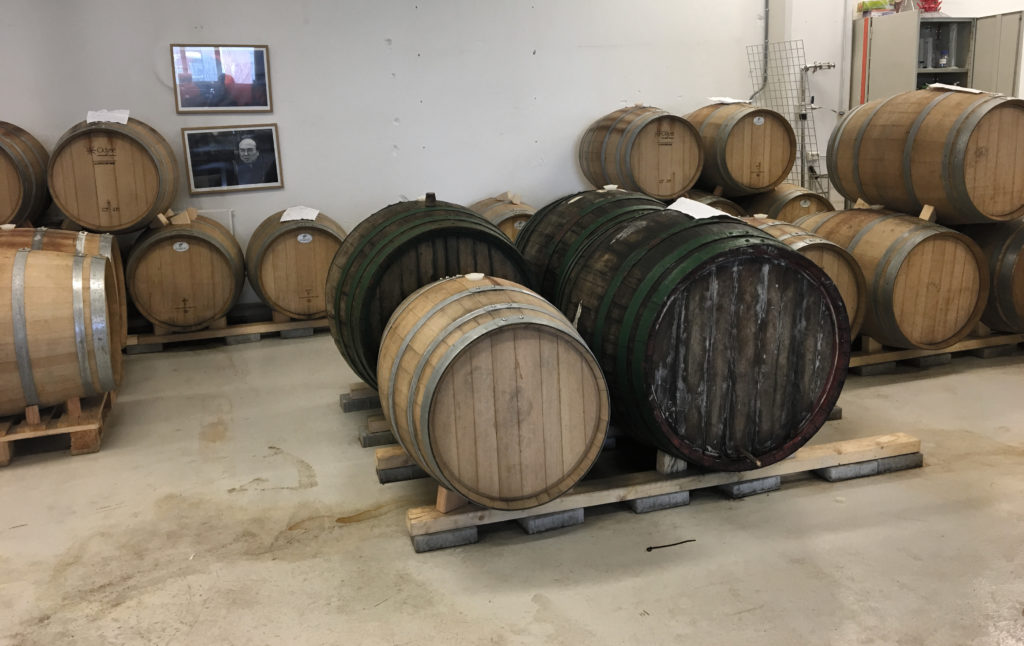 Oak holds a high position at the brewery. Hell, we even put it in our name! Most of our beers have been matured in some sort of oak vessel. Our little safe haven for oak is made up of mostly smaller 225l wine barriques and bigger 2200l foeders, and our safe haven has an ambition to grow larger as the brewery evolves. We firmly believe that these wooden habitations for our yeast and bacteria make them unbelievably happy! On a side note there is also a high probability that they make a scientifically proven difference in the production that should also be mentioned.

When trying to make beers with a sense of place foraging is a great tool in the toolbox to employ. It builds a knowledge and awareness of nature and its seasons that connects us closer to the environment around us. In Norway we enjoy a great variation of climate through the four seasons which gives us a lot of flavours to work with. Apart from the more obvious choices of fruits, berries and herbs as additions to our beer we also like to work with flavours from the trees in the surrounding forests of Oslo. Branches, leaves, bark and wood have all the potential to create unique and wonderful flavours in our beers. So even though it’s a lot of hard work, we cherish every opportunity to get out of the brewery and into nature to source ingredients for our brews. 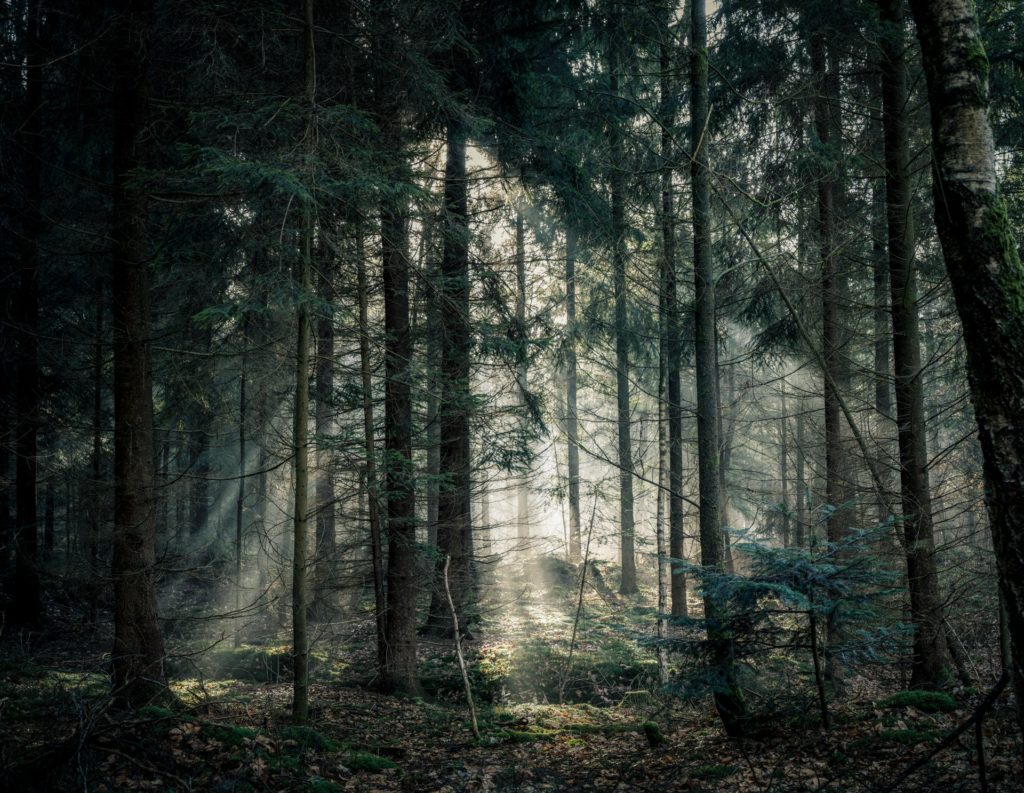